Hey guys! Matt Root here. Welcome to another article where I will talk about the general ins and outs of the armies that exist in our competitive meta. Today, we’re talking my ALL TIME favorite faction: ORKS!

-Law of averages is on your side

-Lots of board control

-Tends to be fragile despite their numbers

-Lots of models to move

-Tends to give up ITC secondary points easily

-Internal balance of the codex is poor 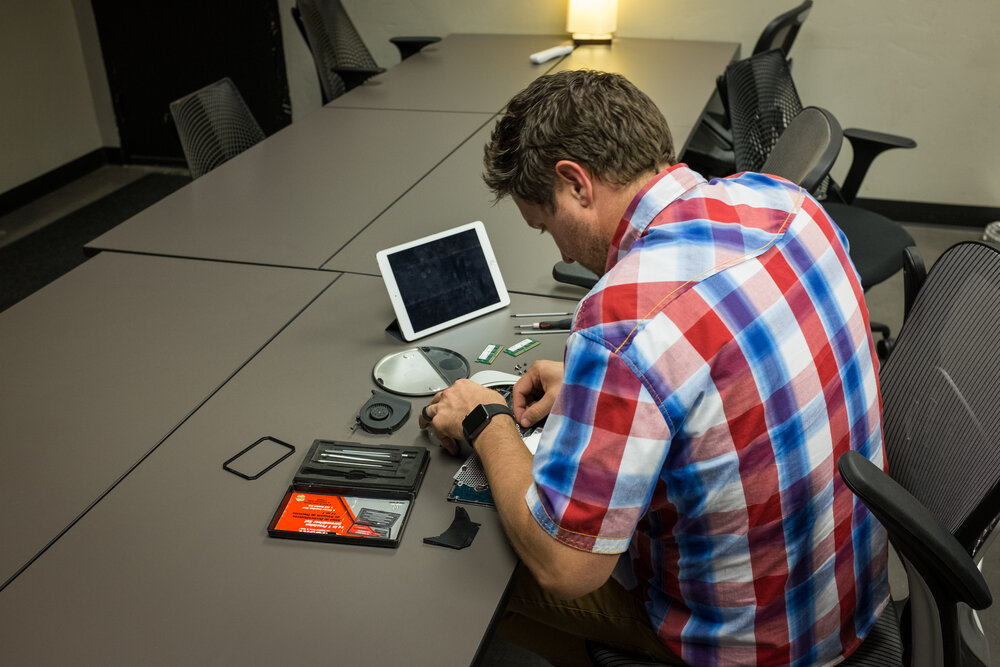 How to make them work:

Orks are an army that benefits from threat saturation. Generally speaking, this means that you really need to stick to a particular theme when building your lists – you don’t want to include vehicles AND infantry AND fliers AND character spam, it just doesn’t work like it might for other factions.

First, let’s get an example of a competitive list that we can use as a springboard to discuss how competitive Orks work.

Orks are a CP heavy faction. Rarely does an Ork list do well without at LEAST 2 battalions; they need the CP to work – they just aren’t reliable without it. Orks also benefit from being built aggressively – they aren’t a static gunline (though the army can contain those elements).

With several battalions or a brigade in a list, that means that Orks make heavy use of their HQs and Troops. Warbosses, especially Warbosses on a Bike, are excellent choices and are borderline mandatory. This is mainly for two reasons: they have the crucial ability to keep your large infantry units fearless (using his Breakin Heads rule), and he allows for your infantry to advance and charge. They can also hit like a truck in CC, but are incredibly fragile – they have no invul saves and their armor saves suck.

Another HQ you should usually include is a Big Mek with a Shokk Attack Gun (aka SAG). This guy can either be a pile of useless garbage or the biggest MVP of all the MVPs in the history of MVPs. When taking a SAG, you should take the vigilus detachment for a great Waagh. Always. This gives him the incredible relic that doubles his number of shots AND the ability to shoot twice. You should also give him a grot oiler as an ablative wound against snipers.

Other options you can see are a Kustom Force Field Mek, who is especially useful for vehicle heavy armies but is harder to make work for infantry heavy orks due to it requiring the whole unit within the 9” radius. Weirdboys go in just about every list because of the amazing power of Da Jump, but he also has utility as a smite machine and buffer for the army. Of the remaining choices, you could consider taking Badrukk if you have Flash Gitz or possibly a Deffkilla Wartrike if you are vehicle heavy. The remaining options are sub-competitive.

You’ve got two choices: Boyz and Grots. Take Boyz when you want your troops to be scary (and only as 10- or 30- man squad), and take Grots for general objective holding and screening (similarly only as a 10 or 30 man squad). A Runtherd can take the place of a warboss for keeping the gretchin fearless, but be careful about too many 10x man grot squads, because they can give up a lot of kill points.

You have two main choices here: Mek Guns and Lootas. These fulfill different roles but are both useful. Mek Gunz should only be taken in two varieties, either as a Smasha Gun or as a Traktor Cannon if you have a severe flier meta problem. Lootas are more for long-range anti-elite infantry, and unlike Mek Gunz, stratagems can protect them. Take as many Mek Gunz as you like, but if you take Lootas, take no more than 1x unit of 15. Sadly, of the remaining Heavy Support options, the only ones worth mentioning are Flash Gitz and Gorkanauts. Flash Gitz fulfill a similar role as Lootas, except they trade shorter range for a better AP. Flash Gitz belong mainly in a Freebootah list. Still, the argument could be made to take them in other lists due to their utility as anti-primaris marine units. Gorkanauts are only suitable in a vehicle-heavy list, otherwise don’t bother.

Painboyz are useful when you are spamming loads of infantry but are far from necessary. If you include multiple different Clanz in your list, you could instead take Grotsnik because he can give FNP to ALL units across ALL clans, rather than just one. Tankbustas can be considered as an alternative to Lootas, and are especially nice in a meta that is vehicle heavy. A nob with a WAAGH banner belongs only in a boy-heavy list, otherwise don’t bother. I am personally a big fan of a single unit of Meganobz that numbers no more than seven dudes, as this doesn’t give up gangbusters. Meganobz are the one bully unit in the Ork Codex that doesn’t die to a wet fart, so their use is as a hard-to-kill roadblock rather than as a hard-hitting unit. Kommandos are useful in 5 man groups as a deep striking objective holder. The remaining options are subpar.

Of all the new ork buggy models, there are two in particular that stand out: Shokkjump Dragstas and Mekatrakk Scrapjets. These shouldn’t be taken in an infantry heavy list; they belong mainly in vehicle heavy ork builds. The Shokkjump is more reliable and can be used as an occasional sacrificial assassin with the Shokk Tunnel ability. In contrast, the Megatrakk is an excellent all-arounder that can deal damage both with shooting and in close combat against vehicles and infantry alike. Deffkoptas got cheaper with Chapter Approved 2019 but mainly have use as a single model that can move fast to obtain objectives and ITC secondaries like Recon.

You have two reliable options here: The Dakkajet and the Wazbomb Blastajet. The Dakkajet is for anti-infantry, the Wazbom is for utility as a KFF and as a vehicle and monster killer.

So, with the options laid out, how do they form a cohesive army? Again, you want to stick with a theme. The main clans you want to use are the Bad Moonz, the Evil Sunz, the Deathskulls, and maybe on occasion Freebooterz.

Evil Sunz are your leading choice for melee-centric infantry. This is because adding +1 to your charge massively increases your odds of success on a 9” deepstrike from about 57% to 72%. This is huge, and the bonus of moving faster with advances is just icing on the cake.

Bad Moons are your shooting army. If you are taking tankbustas or Lootas, you better have an excellent reason to not make them Bad Moonz, because the utility of shooting twice with these units for a measly 2 CP is fantastic. Rerolling 1s to hit is a minor buff to your shooting; you are taking this clan for their stratagem.

Deathskulls are a good all arounder army. They offer utility to just about every unit you can take but are best suited to a brigade because they will be useful on every unit in every slot, regardless of what you take. This is not true of other Clans.

Finally, you have the option of Freebooterz. Freebooterz work best as an all or nothing faction – the more units you have, the more useful this clan is. Ideally best with a bunch of Mek Gunz, Flash Gitz, and even Fliers to develop a reliable shooting army.

So, summing up list building for Orks from a brief perspective, let’s use the example list we discussed above.

CP Heavy – The list makes use of THREE battalions to provide a modest 18 CP, which is crucial to allowing the Ork list to function.

Sticks to a theme – The theme of this list is infantry heavy, with no vehicle targets (so your opponent’s anti-tank guns are wasted).

Makes the most of the Clans – The melee parts of the army that want to be in combat are Evil Sunz so that they can get up the field and make charges easier. It’s got a nice shooting element with the Lootas that can double shoot as Bad Moonz. It also has a brutal warlord with the Shokk Attack Gun, who can make the most of the Deffskullz warlord trait.

Threat overload – Almost everything in the list (with the exceptions of the grots) is scary and is a threat that needs to be dealt with, providing a bunch of bad options to your opponent.

In reality, Orks have lots of ways to meet the criteria of above, which is why they are an extremely competitive codex, even as more brutal armies (like marines) get released.

Stay tuned for the next article, where I will talk about Ork Competitive Strategies and Combos!

Hi everyone, Aron from Art of War, and today we are taking a peek into the new rules supplement for everybody’s favorite and unequaled savage…