The Space Marine FAQ and You

After months of agony and anguish, our Games Workshop overlords have finally answered our prayers, giving us the much-needed Space Marine FAQ! But was it enough? Was it too much? What does it mean for the future of our children!? Rest easy, my young padawans, for Art of War has the answers!

So, what changed in the first place?

You can no longer stay in Devastator Doctrine. On turn 2, you MUST go to Tactical doctrine. On turn 3, you then have the option to go to assault doctrine or remain in tactical doctrine. Finally, on turn 4, you must go to assault doctrine. Additionally, they removed the stratagem from Space Marines to revert backward one doctrine, meaning there is absolutely no way to be in devastator doctrine past turn 1. This update is clearly the biggest game-changer for a lot of armies, Imperial Fists and Iron Hands, most notably.

But let’s dive a bit deeper than just the surface level to see what this means on the table.

Unfortunately, this faction’s lack of depth is starting to show. They have gimmicky/mediocre warlord traits, as well as psychic powers and stratagems that were covered up almost entirely by having arguably the best chapter tactic and mono-doctrine combination in the game. While Ignores Cover and exploding 6’s on bolter shots is still really strong, functionally only getting one turn of doctrine usage will make most typical Imperial Fist builds useless on turn 2. Artillery in Tactical Doctrine and only doing 1 damage to vehicles is not the sustained death sentence it used to be for the opponent. Imperial Fists lists will likely evolve into more Intercessor heavy builds with a smattering of Inceptors (yes, you read that right). Mass Intercessors and Inceptors can pump in absolutely heinous amount of shooting, especially when combined with Indomitus Crusaders, allowing them to function as Crimson Fists or Iron Hands once per game. With Crimson Fists and Imperial Fists stacking, you will end up with an army of ap -2 Tesla Bolters on turn 2 or turn 3, and with Inceptors being able to deep strike, they will guarantee a devastating beta strike on the opponent. Iron Hands, on the other hand, don’t do much, but they do afford you the ability to take an apothecary with Father of the Future to guarantee a turn of 5+++ Feel No Pain.

You might start to see units like Drop Pods with Grav Devs or triple Whirlwinds to function as a turn 1 Devastator Doctrine alpha strike to try and remove as many vehicles as possible, and then follow it up turn 2 / 3 with endless Ap -2 bolter shots. In any case, the “Mani Cheema 2000 points/artillery” list is thankfully a thing of the past! 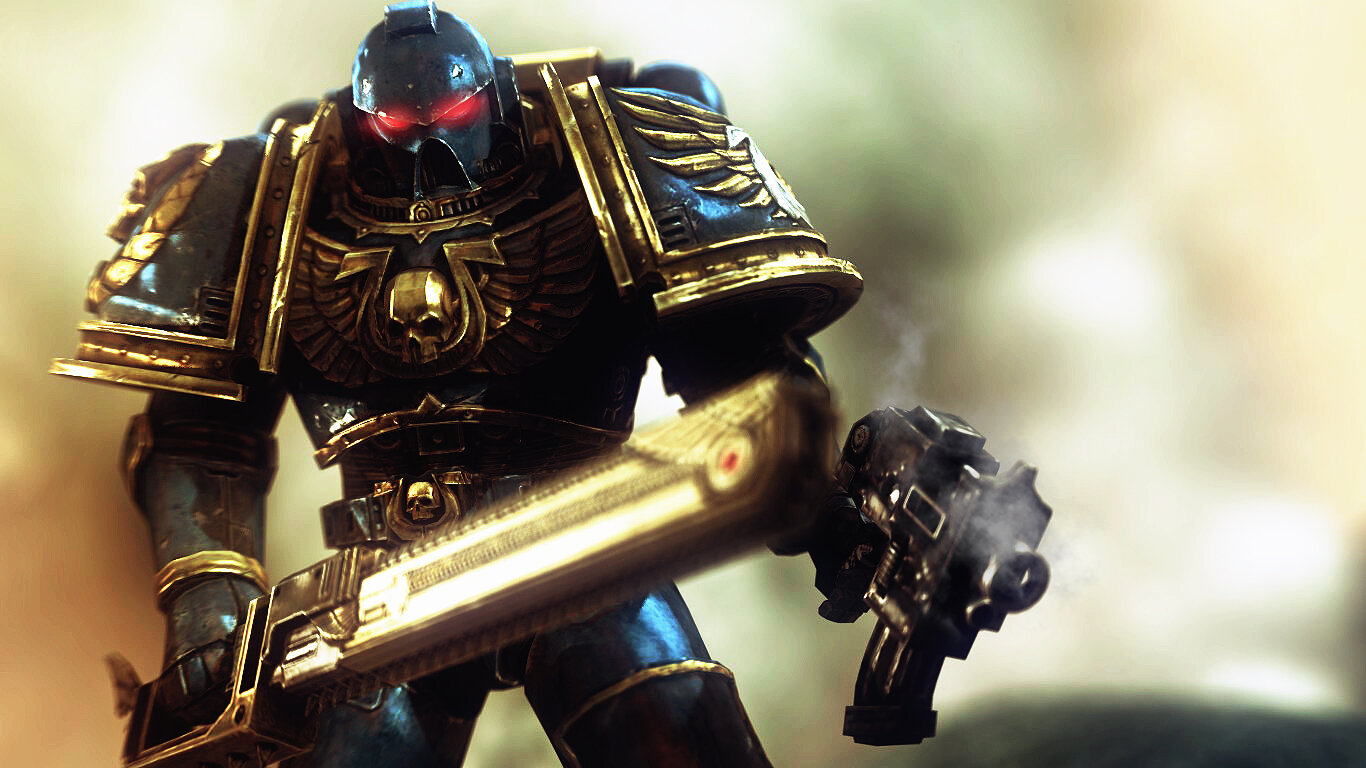 Iron Hands has been the biggest offender of the year by a mile, so it’s about time they had to pay their dues. The Devastator Doctrine nerf applies to them in similar ways as imperial fists. Hordes of Stalker Rifle Intercessors, Suppressors, and Eliminators simply aren’t nearly as good as they used to be. The Iron Hands Airwing list and the multiple Repulsor lists, which were already fading fast from the meta, are going to be nothing more than forgotten yet hard to wipe out stains in the game’s history. They also nerfed Duty Eternal to only being -1 damage rather than half damage and made it so it does not stack with the Iron Stone. Furthermore, they changed Cogitated Martyrdom to no longer grant a double Feel No Pain or work on vehicles. This change essentially makes the unkillable dreadnought that Iron Hands could previously produce quite killable. Overall, these are tremendous nerfs to the Iron Hands army, and most lists as we knew them will no longer exist the way they used to.

However, Father of the Future hasn’t been nerfed, so you can still make an insanely durable horde of infantry. Since the major turns of the game (turns 2 and 3) will be spent in Tactical Doctrine, units like Intercessors with Bolt Rifles and Centurions will become much more viable as the main damage dealers. Also, you can comfortably take a Grav Pod in Iron Hands to come in on turn 1 and deal heavy damage while you are in devastator doctrine, and make the classic Mortis Dread with Quad Lascannon a character to provide some consistent long-range firepower.

Unfortunately, I think this nerf to Iron Hands will have some unintended consequences, and this “nerf” may actually act as a catalyst for innovation causing players to find an even stronger build for Iron Hands. Competitive Iron Hands builds will likely move towards hordes of infantry (40 Intercessors and 18 Centurions, for example), all rocking 5++ invulnerables from Feirros and 5+++ Feel No Pain from an Apothecary. That sort of grindy, hard-to-shift durability makes the old Plaguebearer spam list look soft and easy to kill. No one needs that in their life. 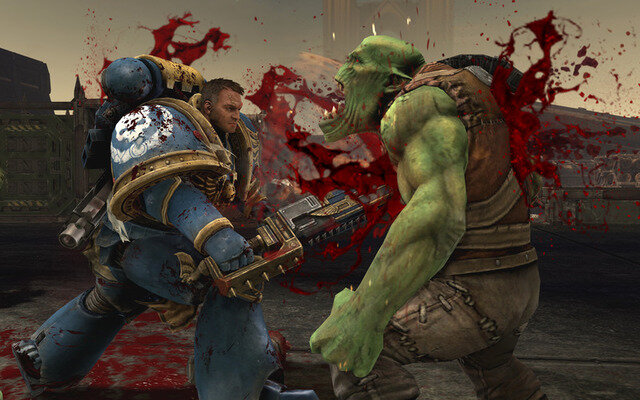 Raven Guard took a minor nerf to Master of Ambush in the new FAQ as well. Long story short: you can’t use this warlord trait to infiltrate Centurions and lay down the potentially game-ending pain train turn 1. This change will also mean that you can’t infiltrate your Centurions into mid-board even when going second and patiently wait until turn 2 while being out of line of sight. You can, of course, replicate this with Aggressors, which are functionally discount centurions. This is ultimately not a big deal for the Raven Guard. It doesn’t invalidate their strategy like the nerfs to Iron Hands or Imperial Fists. However, it does make them worse at what they did.

There are a lot of more subtle ramifications to explore, as well. At the surface level, I’ve just summed up the changes and given a few alternative build styles. The changes, however, have more profound effects than that. For both Imperial Fists and Iron Hands, there’s not really a point in remaining a mono faction. It is a pretty big opportunity cost to not take any allies from other Space Marine Factions that have a lot of unique stuff to offer (such as Self Sacrifice from Salamanders, Master of Snares from White Scars, and deep striking Centurions from Raven Guard). Previously, this opportunity cost was worth it because Calculated Fury and Legacy of Dorn were so powerful. Now, given their brevity of impact on the game, it may be better to bring in some “tech” choices. 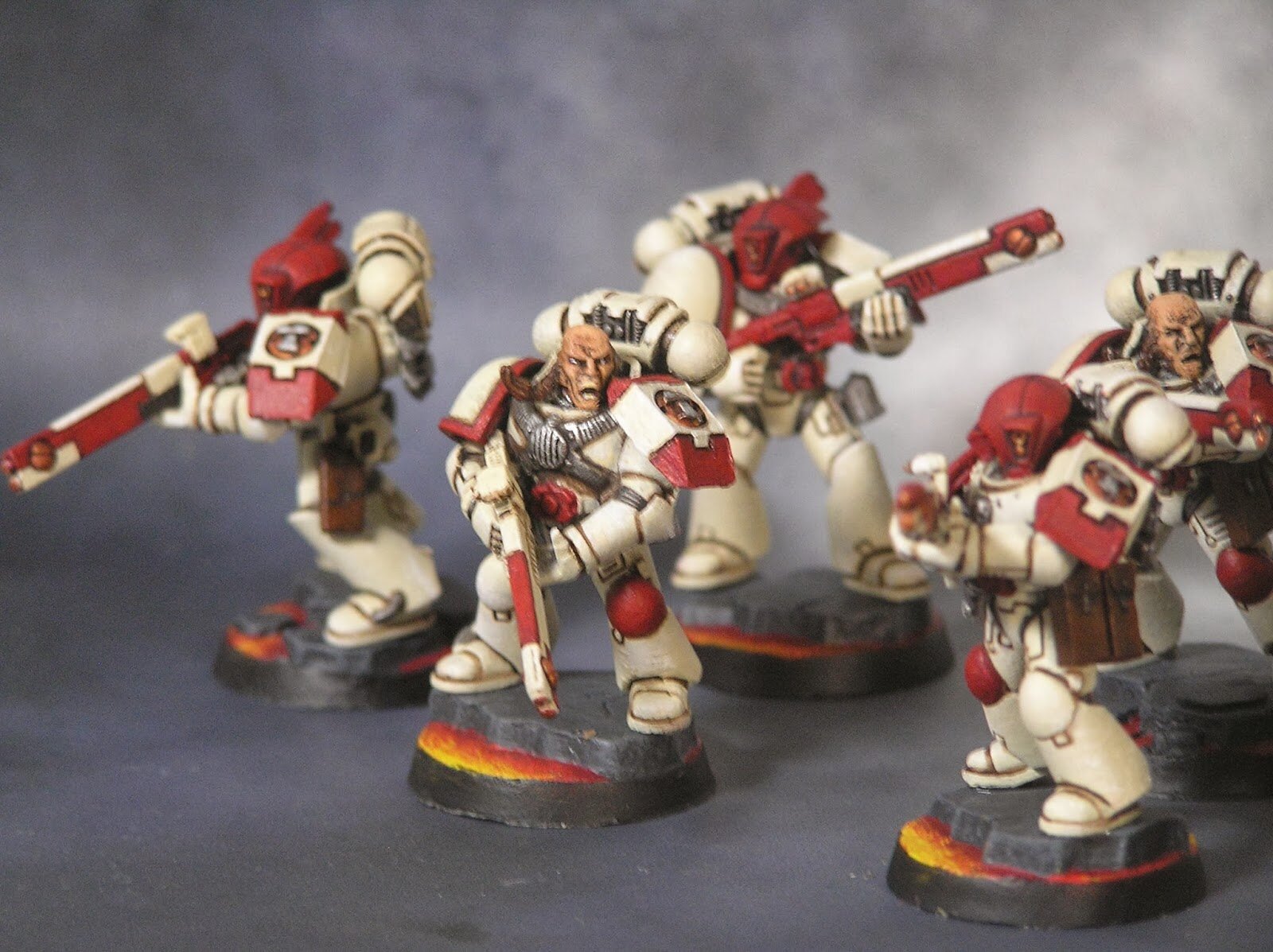 Salamanders, in particular, will be a precious ally to both Fists and Iron Hands. They have Self Sacrifice, which can, of course, be a game-changing stratagem if used skillfully. They also have the means of creating quite an insane Captain on a bike. Between warlord traits, psychic powers, and a relic, you can get a T9 captain with -1 to wound, meaning S4 can’t wound him, and S8 wounds him on 6’s. Interesting how you can get a model immune to strength 4, as I write about how Space Marines is going to be an army centered around mass bolt rifle and hurricane bolter fire. Finally, Salamanders also have a powerful Grav Pod option. Their Grav Pod can use a combination of strats to count as stationary (ignoring the penalty from disembarking), +1 to wound, and reroll to wound and damage. This combo supplements Iron Hands or Fists well, since they will be ironically weak vs heavier targets in this alternative mixed marine build style.

This isn’t the summation of the impact of the changes, though. When huge, powerhouse, meta defining armies take nerfs and shifts in style, every army in the game is affected. The relative power of armies like Ultramarines and White Scars will increase when compared to their new Space Marine counterparts, which might make them viable enough to be considered on a larger scale. Armies like mech Eldar no longer have to be concerned with going second and auto losing to Imperial Fists, which will resurrect some of their viability as well. Armies like Tyranids, Orks, and Gene Stealer Cults, however, might struggle more as an increase in the volume of fire that marines produce directly conflicts with what they’re trying to do. Finally, being forced to move out of Devastator Doctrine will decrease the value of artillery, which could lead to Marine lists with zero artillery (see Broviathin from LVO). This shift means units that hate tremor shells can function again, and garbage troops like scouts and cultists become more viable since they can hide out of line of sight to deny kills.

Big FAQ changes like this always have significant, sweeping impacts on the meta as a whole, and these are just some of my initial opinions on the matter. I highly recommend subscribing to The War Room to get an even deeper dive into the meta as it develops so that you can stay ahead!

You can also check us out on: