Of all the factions that have to change going into 9th edition, the Genestealer Cult may be the most extreme. An army that excelled at denial, board control, and absolutely crushing charges now has to alter how it achieves any of those things effectively. When looking at how GSC needs to change, we first need to understand what has been stacked against them because it’s a fairly long list, and it didn’t start in 9th. Of course, the big hit began with codex Space Marines, a codex that impacted the meta at every level and came with every tool you could imagine to cut down GSC. Between units we couldn’t deep strike near, tanks with built-in negatives to charge, strats to kill a deep striking unit, and strats to fall back from charges, the Marines alone were single-handedly keeping GSC in check. When you were preparing for an event as a GSC player, so much of your list building had to keep Marines in mind since they would be half the players at any given event anyway. In teching so extremely to deal with Marines, it would also skew how we could cope with the rest of the armies in the game. I found myself leaning more into forces of the hive mind to give me a turn one ground game to keep infiltrators in check and have some breathing room for later turns, but that’s a whole different article. This is about pure GSC. 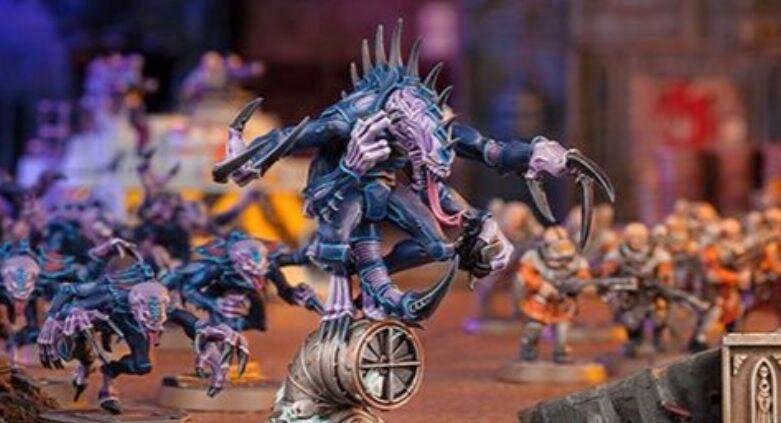 So let’s talk about 9th. As far as I can tell, this new edition may be a wasteland for GSC with the knocks to combat being the biggest issue and five turns probably being a close runner up. GSC wants to play a patient game and slow the pace except on the turns where they get to drop the hammer blow. GSC is the army that gives up early game points to take position on the board slowly and then comes screaming back in turns four, five, and six. So, obviously, we have one less turn to do that, but typically taking command in the late turns came from shutting down a lot of what other armies could do. Tons of wrapping, trapping, and move blocking.

Well, wrapping and trapping took a huge hit, and GSC are not tough. Our durability comes from stopping the opponent from doing damage, not just having enough to weather the shooting phase. We also are dealing with substantially fewer command points then we are used to, and GSC is one of the armies that exist on CP. Many armies were designed to be strong and then have CP be a power boost and some cool flavor. GSC is very weak and activated by CP. Without CP, GSC is just weak. We aren’t tough enough to march across the board. We ambush in and spend CP to make charges. No CP means we deepstrike to no man’s land to get shot up. We are restricted to one character per detachment, which was fine when we could easily run triple battalion. Now the triple battalion completely ruins what we need, which is buckets of CP. Another big issue is the problem of the new missions that require that we survive until the next turn to score primaries, and oh boy, it is that hard to do with 8 point Guardsmen. So we have fewer CP, which our army was designed around; limited characters, which hampers our deep striking, synergy, and power level; and Marines are going nowhere. And if we lose an objective, it will be a hell of a chore to take it back. So what do we do? We completely retool. 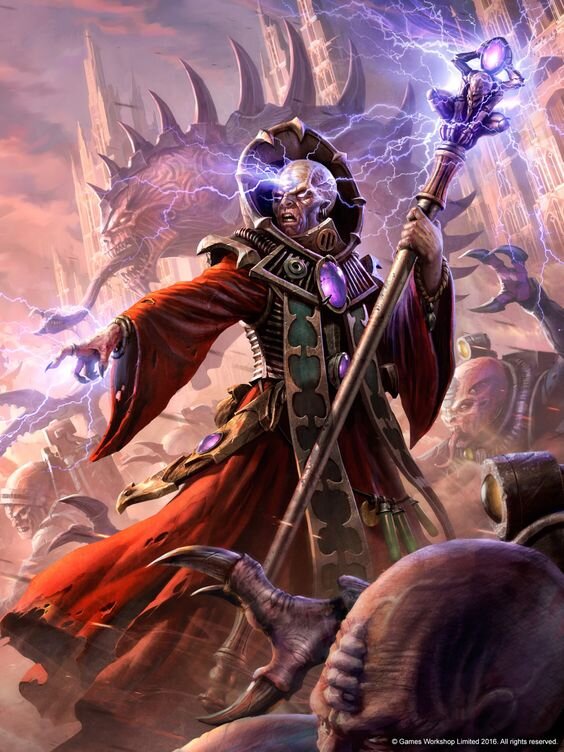 Before we dig into the solutions, I suppose we have one more recent thing to discuss. In The GT mission pack, we now know that Vigilus is gone, and while that limits the power level of some other factions as well, holy dang is this the last backbreaker for Aberrants. No longer swinging on death just makes Aberrants clearly inferior to Acolytes even though Acolytes also lost +1 to wound. All in all, it’s deplorable. It limits Acolytes by not giving them reroll to charge field commander warlord trait, which means we don’t have the option of bringing in multiple units anymore. It also means relying on perfect ambush again. Yuck.

So, how do we adjust? Unfortunately, it looks like we will go to MSU shooting. I have been looking heavily into Bladed Cog. This is one of the very few Cults that has some durability baked in. Ridge Runners, Alphas, and mining laser Neophytes just bogging the board down with 6++ and Iconwards for fnp. My initial thoughts would be to use the new Bladed Cog spell from Greater Good to hand out a 5+ feel no pain on 20-man Neophyte units and use Lying in Wait, not to get great damage done, but to keep move blocking the enemy while you put big groups of ten-man Neophytes with mining lasers onto every objective you can. The forward Neophytes are equipped with shotguns to get s4 shooting since the whole squad will be showing up within half range. Another interesting thing to look at is Scout Sentinels. They are only 45 points with a heavy flamer and can scout move to objectives right on turn one and pop smoke to give you board presence right away and drag fire away from the Ridge Runners. 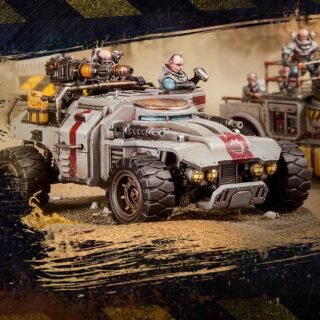 Now there is still definitely use for Acolytes, of course. When our opponent gets to objectives, we need something to step in and take it back, and Acolytes with Might from Beyond and Overthrow the Oppressors is still more than enough to crush most targets, but it starts getting very command point intensive with Perfect Ambush to try and make the charge. Luckily, the army list I described above barely uses any. We can also see how the meta shifts, and if indirect isn’t too prevalent, even five-man Acolytes dropping into cover all over the board might be enough to keep retaking objectives. Never forget that we can spend one CP to advance and charge Acolytes, extending their threat range. Another use for Acolytes is deploying in trucks. Now, the trucks themselves are not particularly good. They are pointed higher than a rhino, which is hilarious, but the list I have put forward has a ton of small vehicles that will be high priority and will likely keep our trucks safe. The trucks allow us to have Acolytes on the field and saves us from requiring Perfect Ambush, which is a big boost. Disembarking from a vehicle gives the Acolytes a movement boost, and the truck itself can be given a cache of demolition charges, allowing it to become a suicide unit. The Rigged to Blow stratagem enables the truck to become a roaming nuke waiting to jump into the enemy lines.

Another key unit we need to remember is the Patriarch. Now obviously fearless isn’t quite what it was before since morale will rarely wipe a squad, but the Patriarch is still terrifying in combat and works as a great anchor sitting in the lines of Neophytes. With a warlord trait of either +1 attack and strength or +1 damage and Might from Beyond cast on him, the Patriarch becomes an absolute blender. Getting stuck in with the Neophytes suddenly becomes a huge liability. For those keeping track of the math, that is a strength 8, 8 attacks, reroll all wounds, multi damage, ap3 butcher. And of course, if you are playing Imperium, currently about 60% of your games, Overthrow the Oppressor leads to about 11 hits on 8 attacks. Or about 20 damage into Marine bodies. Hell yea, brother!

Now, this is not the GSC that appeals to me, particularly. I play Nids and GSC to punch stuff, but that being said, the army certainly isn’t gone. Almost every list will revolve around three or four units now (Acolytes, Neophytes, Ridge Runners, and Magus), and that’s disappointing, but this has always been an army that rewards a good general, and I’m confident we can still make things work. It just isn’t going to look like anything we are accustomed to.