Being Awesome at Life and 40K in 9th Edition

Hey, it’s the Old Man Brad here, and I want to give you guys a quick PSA about the dangers of thinking that your 8th edition tactics will hold up in 9th…they won’t, and I’m here to help you make the necessary changes with the least amount of anguish and wailing in sorrow.

Army Composition Changes: They Are a-Coming

First things first: you will have to rethink, rehaul, and revamp that dusty old list you’ve been carrying around for 8th. Get rid of that ratty old thing and jump into lots of small obsec units and fast-moving units. There’s no more kill one/kill more (well, I guess there is a secondary objective, but we’ll talk about that later), so you are free to take those five-man units and put them all over the board. And when I say all over the board, I mean on the objectives. You have to include enough objective secured units to take and contest the objectives with the new mission’s progressive scoring. I would recommend at least four units of five.

Another “must-have” in 9th edition armies is fast-moving units that can react to your opponent’s weak attempts to take the objectives from you or move up and soundly command victory by running up and laying claim to them in the first place. Moving fast seems pretty tiring? Well, why not just start on those objectives instead? This works best with a couple of units of forward deploying marines such as Infiltrators or Incursors! “Why try to win the race when you can just start on the finish line” is what Grandpa used to say… he cheated a lot, so we won’t go with the rest of his sayings. Gone are the days of sitting back, holding one, and killing while more hunkering down in your corner and waiting out the game. Now is the time of actively engaging your opponent, trading units, taking objectives, and generally being an all-around boss of a general, so lose the Justin Beiber tactics and embrace the Slayer tactics.

You’ve got the obsec, the movers and shakers. Now you need the big boom and the pew pew. Armies in 9th edition need more hard target removal than in 8th, and you need to do this without giving away the farm to horde armies. “So what should I do OMB? I’m a lost sheep, please guide me!” Well, don’t you worry, little lamb, I’m here to give you the info on how to put that GT winning army on the board.

Your unit choices have to be more efficient with what their battlefield role is killy units can belong to one of three categories: Hard Target removal, Large Volume of Shots, or a Hybrid of the first two. In general versatile units that have a large number of quality ap shots are a must-have. For example, units like plasma Inceptors are a great hybrid, Eradicators are perfect hard target removal, and Outriders are just a steal for the number of attacks and durability. These units are all threats that you need to either include or take similar battlefield utility units in your army. Don’t show up with a knife to a gunfight… that’s a quote I just made up… don’t google it. Your army needs to have 3-4 obsec units, 2-3 hard target removal units, 1-2 hybrid type units, and 3+ units that are putting out 15+ shots or attacks per round, and that’s the truth brought down from the OMB down from the mountain. 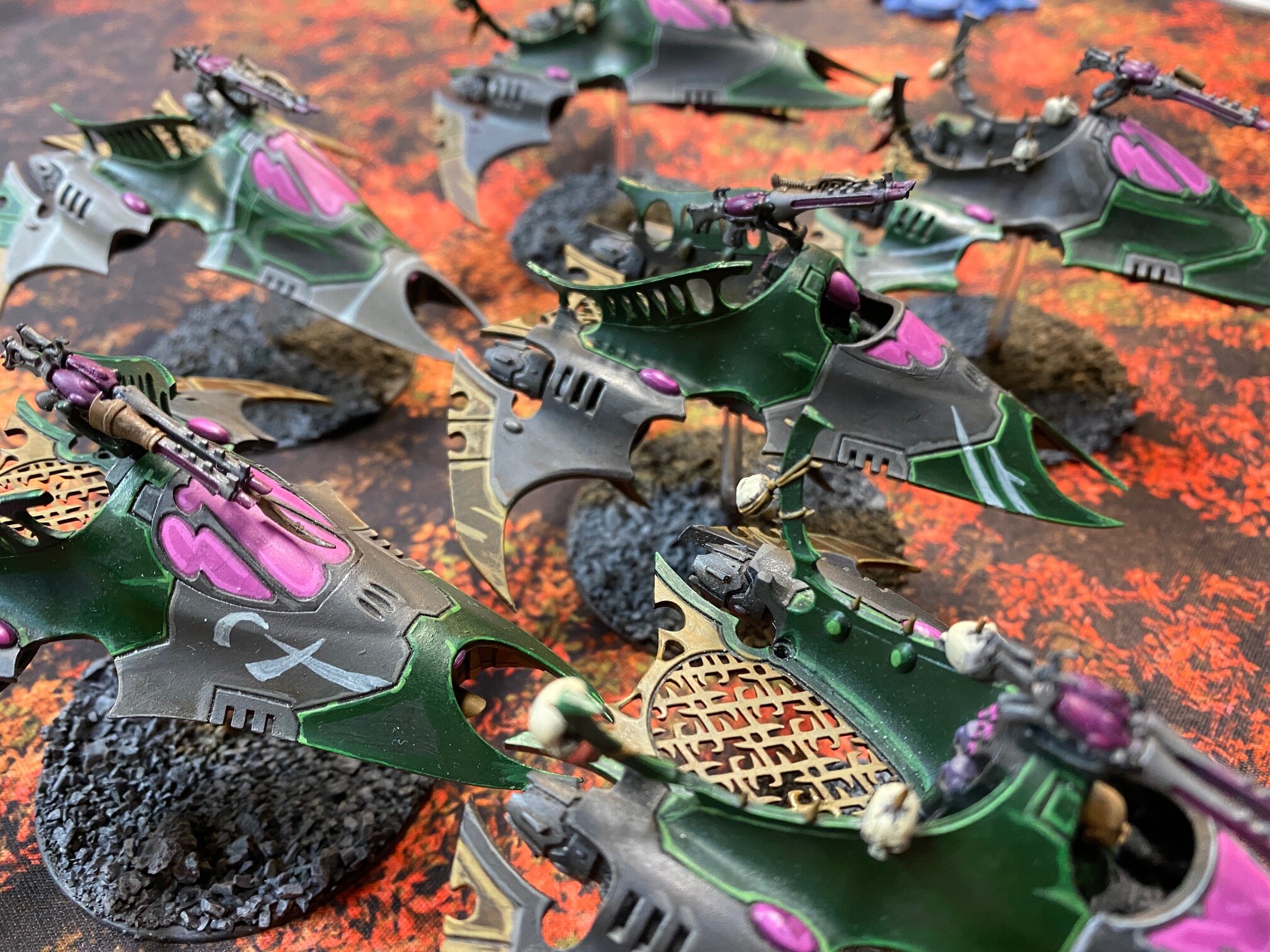 Trading, Sacrificing, and Why You Should Be Doing It You’re going to have to start being ready to send your valiant soldiers to their doom because those sweeeet, sweeeeeet primary points are too valuable to let them slip away.

Each turn, you will have to push up with at least one unit to try and deny your opponent from scoring primary points. Primary mission points are scored at the beginning of the command phase to assess the board and see what moves you can make to limit the points your opponent can achieve. Now, this sounds very basic, but it isn’t how you’ve been playing for a few years, so it goes against your 40k muscle memory, and it’s something that takes a few games to really get the optimum use out of. You get 5 points for holding one objective, 10 points for holding two, and 15 if you hold more than your opponent, so sacrificing a unit a turn to get a 5 point or more swing every turn is huge and a skill that you are going to have to learn to maximize your win percentage in 9th. I can’t tell you the number of games I’ve won in 9th edition while getting blown off the table by maintaining board control and intelligently trading units to take/contest objectives and forcing my opponent to shoot units that I’ve bad touched him with.

Touching is the New Tri-pointing

Let’s talk about bad touching your opponents’ models and making them sad. Remember back when I said you needed some fast-moving units in your army? I mean, literally read up two paragraphs. Don’t be lazy. Well, this is where these guys get to shake their moneymakers! With units falling back, unable to shoot, cast psychics, or perform actions putting the bad touch on units is what us old folks call “the bee’s knees.” Your fast-moving units are on a mission to grab whatever your opponent’s scariest shooting unit is and grab them so the rest of your army can safely have a party on the objectives churning up those primary points. I can’t state how important it is for you to dictate to your opponent what he is shooting at and how much frustration this can incite and the terrible moves that will ensue after you’ve frustrated your opponent for multiple turns in a row. The difference between taking three objectives while your opponent fires into one or two sacrificial units you touched his big baddies with and then firing at your objective takers can be the difference in any game. Move blocking your opponent and delaying them from engaging the middle of the board is another strong tactic that didn’t see much play in 8th edition. Grabbing your opponent’s screens and forcing them to take the long way around can give you a full additional turn of scoring, which is often enough to guarantee the win in most games. 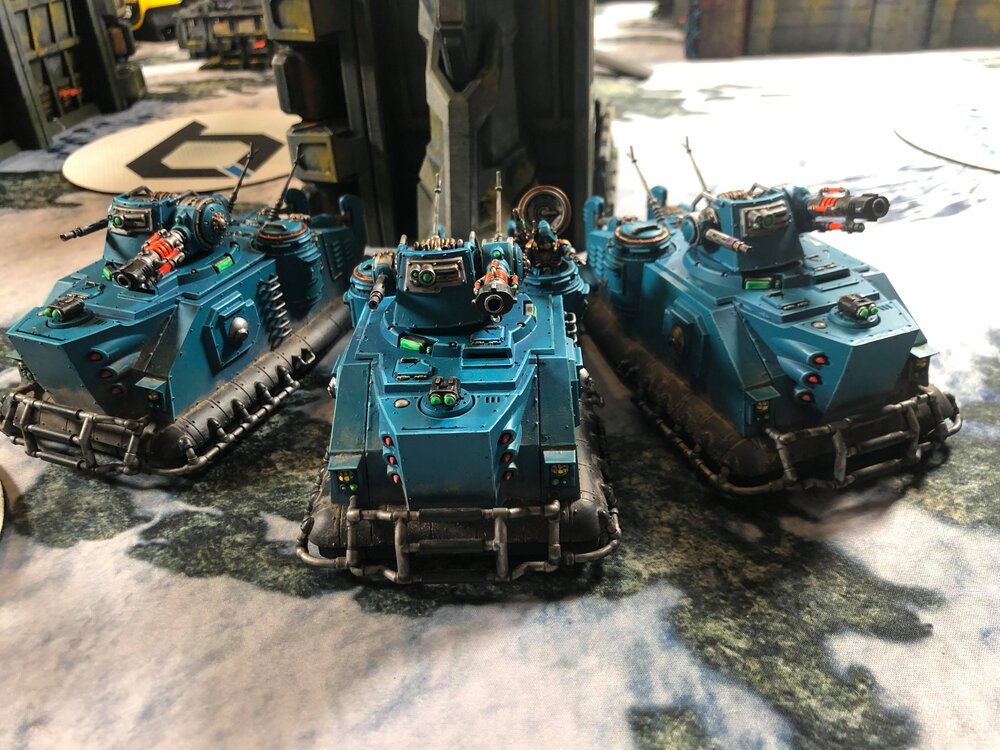 Choosing Secondaries You Can Achieve and Promote Synergy

Yeah, I know that sounds like the title of the last corporate retreat you went to, but it can win the game for you or prevent you from losing the game before the game starts. Secondary selection should be for points that you can easily get while continuing to further your primary goals. Secondaries, like Raise the Banners High or Engage on All Fronts, are synergistic secondaries in that you are already trying to control the board for the primary objectives, and you will score these hand in hand with racking up those progressive objectives. I would stay away from objectives that pull your forces away from achieving the primaries or ones that your opponent can prevent you from playing defensively to keep units away. You have to kill or interrupt an action that is risky and takes away from your firepower/melee capabilities. Specific secondaries are significantly easier and more consistent than others. While I’m hoping that this will change in the future as the game grows. Maybe the ITC can add more missions and secondaries into the pool. It would help if you went with a pretty standard game of achieving the board and the secondary picks that maintain board control and primary points. There is no participation award for killing your opponent’s army while running away with the score by crushing you in primary and secondary objectives.

In our example here: you can reserve up to three Eradicator squads go in reserve, Intercessors have the option to deepstrike, and the rest of the army uses it’s crazy fast advance and charge speed to secure the board and wait for a devastating turn three charge that breaks the game wide open. With auras of plus 1 to wound and reroll wounds coming off the chappy and Khannnn even the weakest of units becomes an all-star in melee combat and woe to the opponent that lets a coordinated turn three assault happen when the army gets plus 1 damage on the charge. Holy damage, Batman! The speed of the White Scars with advance and charge, their ability to leave combat and charge another unit, and the super trait of plus 1 to damage once they are in the assault doctrine make White Scars one of my top tier armies for 9th and a reason to be throw down your power armored bad asses.