Hello Art of War fans! Join us tomorrow, September 12th, at 1pm ET on twitch for round two of the highly anticipated Stream House RTT!

The stage is set with mission 33, Priority Target. Richard Siegler steps in to the ring, and we are finally getting the answer to one of life’s great questions. Do Raptors actually kill paladins? Mark is bringing his infamous World Eaters into play, and will be pitting his horde of berzerkers and Khornate madmen into the noble sons of Titan! The Grey Knights are built on mid-ranged weight of fire, with a tough anchor of elite Terminators and a number of psi-weapons to smite the foe from long range. The World Eater’s harbor a special disdain for psykers, and will rely on their raw aggression and speed to take over the table. They did bring a sorcerer of their own to speed them into battle, and to lend an extra deny the witch to contend with the Psychic prowess of Titan! The Grey Knights will need to screen efficiently and bring their ferocious firepower to bare, while the forces of Chaos have good odds of just overwhelming all who oppose them in a storm of bloody chain axes!

The lists can be found below: 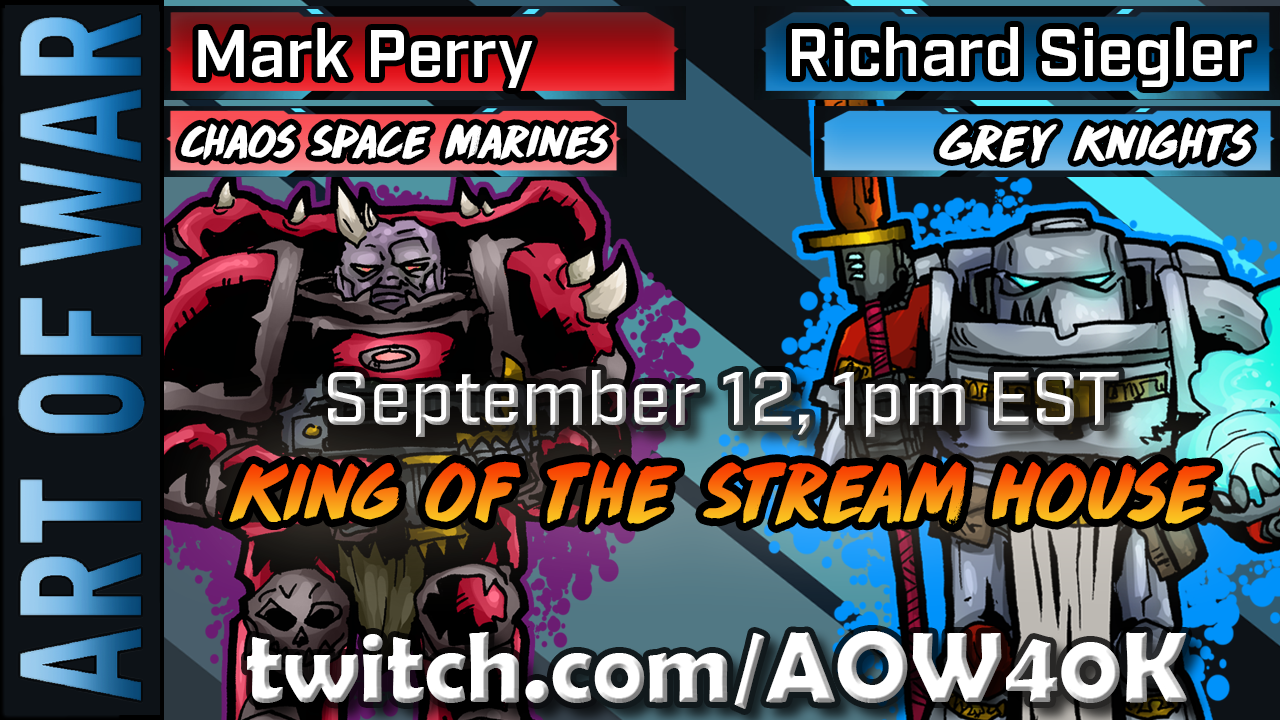