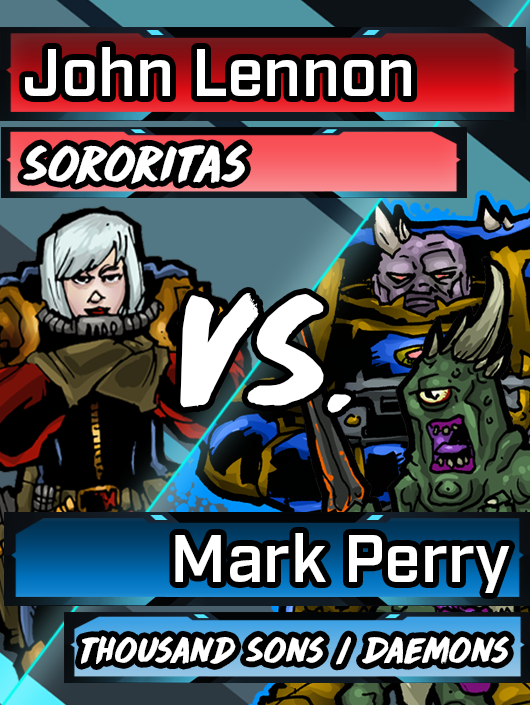 Happy Holidays, Art of War family! We have one last exciting matchup coming your way to wrap up the year, at 1pm on December 20th on our twitch stream! John Lennon is bringing out the Sisters of Battle, while Nick Nanavati is taking Magnus and his demon allies for another spin!

This is John’s first game with pure Sisters of Battle on stream, and he’s very excited to include some Ebon Chalice units to take advantage of their unique mechanics, as a supplement to the classic Bloody Rose battalion! Nick, meanwhile, is revisiting the list written by one of our amazing Art of War coaches, TJ Lanigan! Sisters have been quite successful across the meta, and pose a challenging matchup for this tournament winning chaos list, but Nick has quite a few tricks up his sleeve, and is very familiar with the Adeptas Sororitas, so will certainly be ready for the servants of the Emperor!

Lists can be found below:

The Changeling- Gaze of Fate 105

Thousand sons patrol Cults of the Legion: Cult of Mutation

The Triumph of Saint Katherine 195

Imagifier (Tale of the Warrior, Warlord: Beacon of Faith) 45