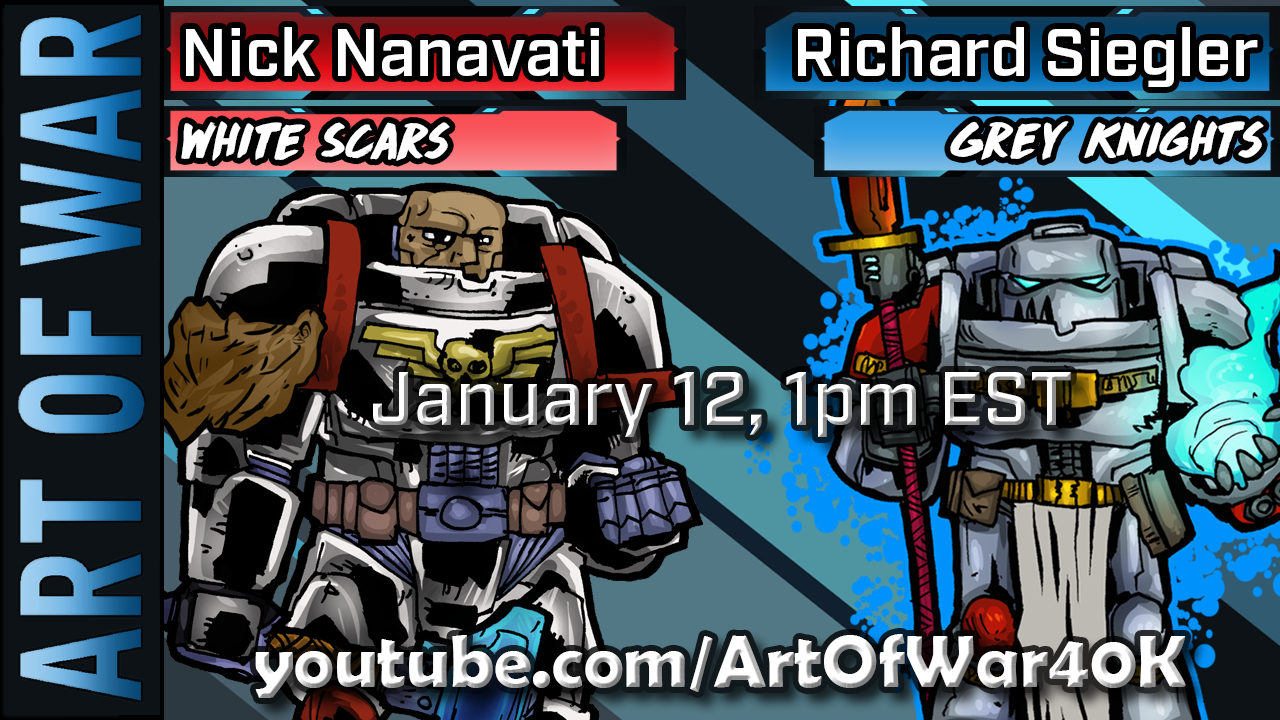 Hello Art of War fans! We’re kicking off this week with a wonderful showdown between two top imperial armies! Richard Siegler returns to Titan to muster the Daemonhunters, but they will be hunting their fellow Astartes instead! Nick Nanavati is returning to the White Scars, and will be taking his own spin on the list! The Grey Knights are bringing a new style of army, using massed Purifiers to provide even more firepower.

Nick, meanwhile, has adopted several smaller bladeguard units to engage the enemy with the notorious speed of White Scars. By splitting into two detachments, Nick has fit even more killing power into the already deadly sons of the Khan! This is sure to be a bloody battle between two highly optimized blenders, showing off the new mission changes from the big FAQ!

PrevPreviousArt of War Episode 73: In the Dojo Discussing Deathwatch
NextAdapting to the FAQ: How it will affect your armyNext